Tiruchanur also known as Alamelu Mangapuram is a census town in Chittoor district of the Indian state of Andhra Pradesh. It is the mandal headquarters of Tirupati (rural) mandal.[1] It is a part of Tirupati metropolitan area.[2] The Town is famous for Sri Padmavathi Ammavari Temple.

Alamelu Manga in Telugu language translates as Goddess Lakshmi, who is the main deity of the Alamelu manga Temple which is located here. Hence, it got the name as Alamelu Mangapuram.[3]

Tiruchanoor formed a part of Tiruvenkatam under the rule of Pallavas and was a part of Rajendra Cholamandalam, under the Cholas. Alamelu Mangapuram is home to the temple of Sri Alamelu (Padmavati), consort of Lord Venkateshwara. It is believed that the Goddess Lakshmi was born as Alamelu to Akasha Raja, the ruler of this region, and wed Venkateshwara of Tirupati. Goddess Lakshmi gave darshan to Lord Venkateswara on a red Lotus flower (Padma in Sanskrit) at Alamelu mangapuram after his deep penance for twelve years. 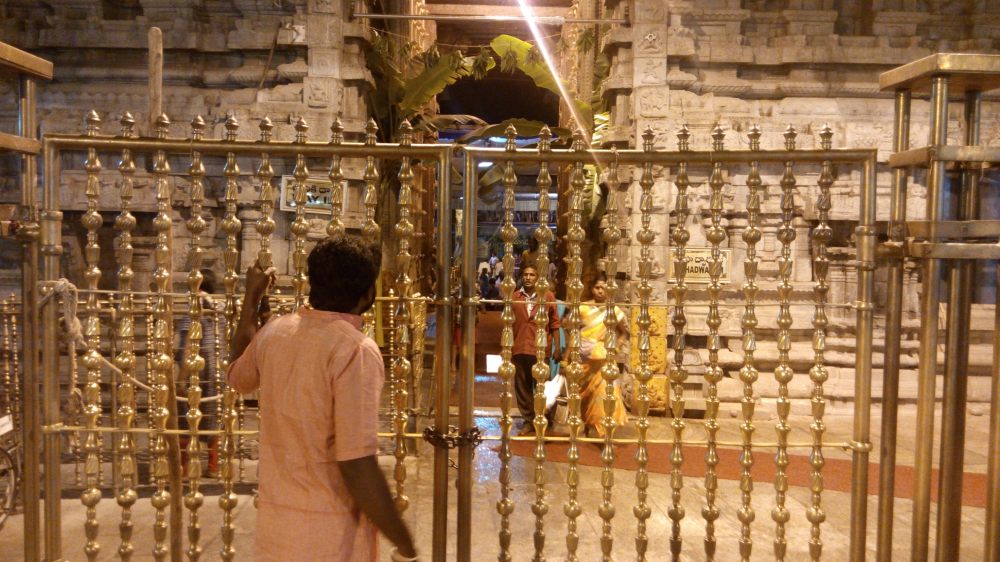